Enrich your life by seeing, hearing, and experiencing things for yourself 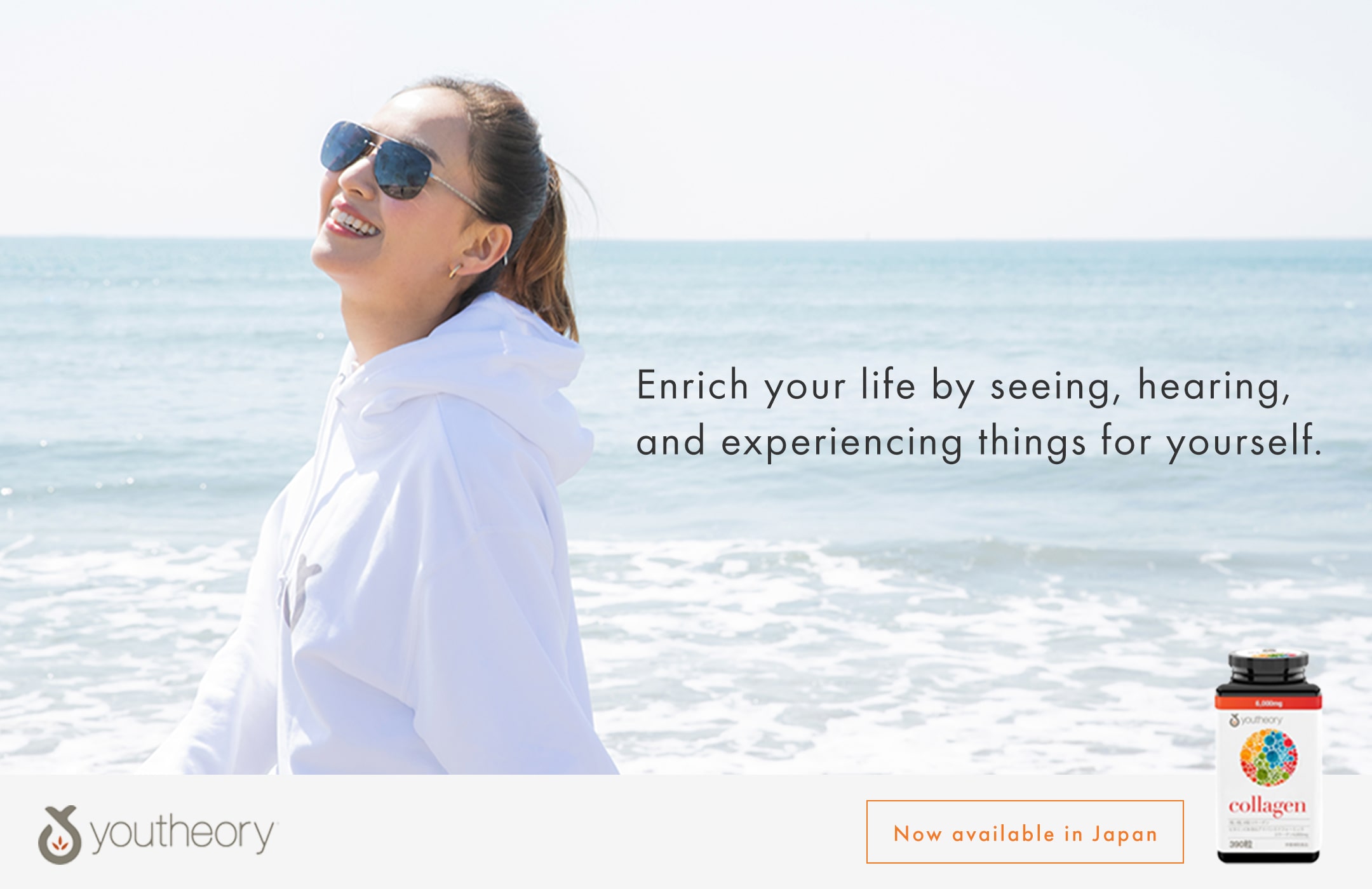 Youtheory® is a California-based company and lifestyle brand. Their #1 selling collagen supplement is now available in Japan.
Here we introduce some of Youtheory’s ambassadors in Japan. This third issue features Hiro Nishiuchi, a model, actress, and TV personality in Japan and abroad.
“The courage to take a single step can broaden your horizons. That’s why I can’t stop traveling,” says Nishiuchi. She is firmly committed to contributing to the SDGs, and her lifestyle reflects her love of the sea and nature, inspiring an entire generation of women in their twenties and thirties.

Life All About the Happiness of Body & Mind 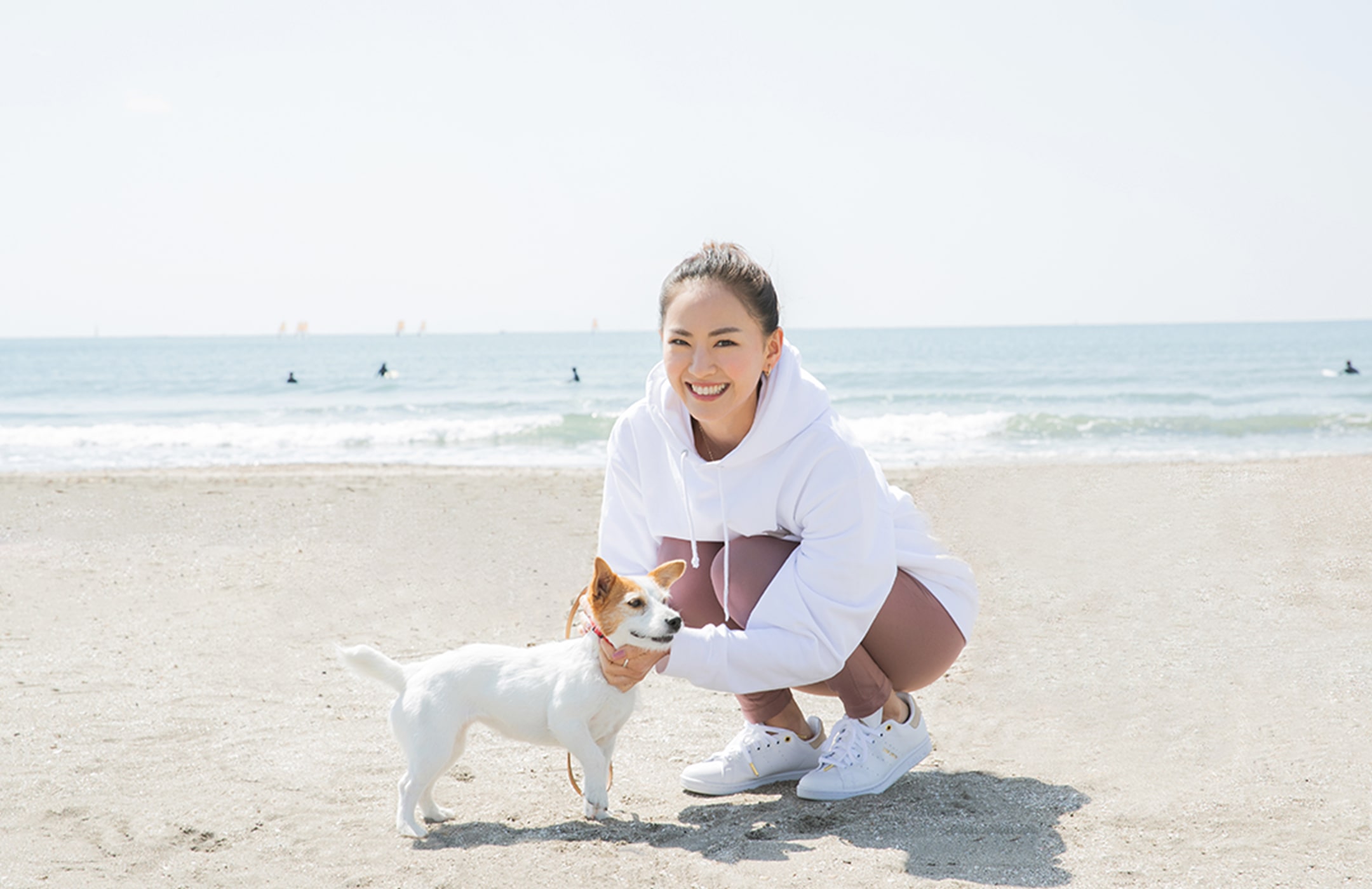 My family has always been into sports. As a sports enthusiast, my father was well-versed in nutrition and believed in taking supplements to complement the nutrients you can’t obtain through your diet alone. Since I was a child, he taught us the importance of nutrition, and I grew up being told that being healthy was the most important thing in life.

I studied for my fasting license to learn more about colonic cleansing and am still careful about what I eat on a daily basis. I try not to consume any additives and eat as little fried food as possible in addition to regular exercise, which is why I also take protein supplements. Your brain suffers if you don’t exercise, so it’s also essential to get some sunshine. I believe that happiness in both body and mind leads to happiness in life.

Smoother Skin Thanks to Collagen 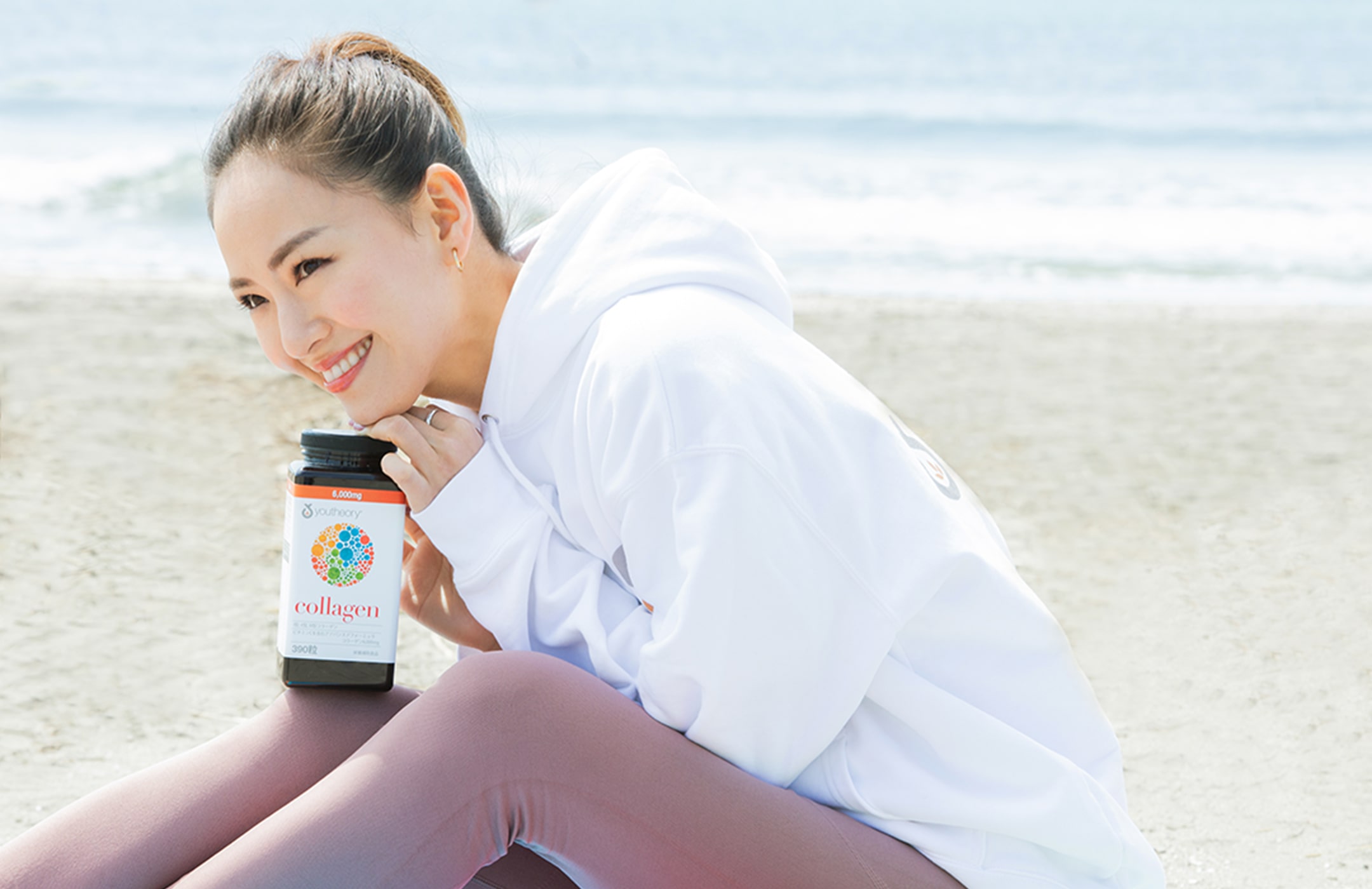 I’d taken powdered collagen before, but Youtheory’s is the first I’ve taken in tablet form. Youtheory Ambassador Daisuke Sugiyama had told me that as he was washing his face one morning several months after first taking collagen, he suddenly felt a difference in the way he looked. I felt the same way! As a woman, I’m concerned about the condition of my skin, so this supplement is an excellent addition to my skin routine.

Compared to Japanese supplements, American supplements are much larger in size, which I was used to, but if you’re new to Youtheory, you might be surprised by the size of the tablets.

My First Trip Abroad Changed My Outlook on Life 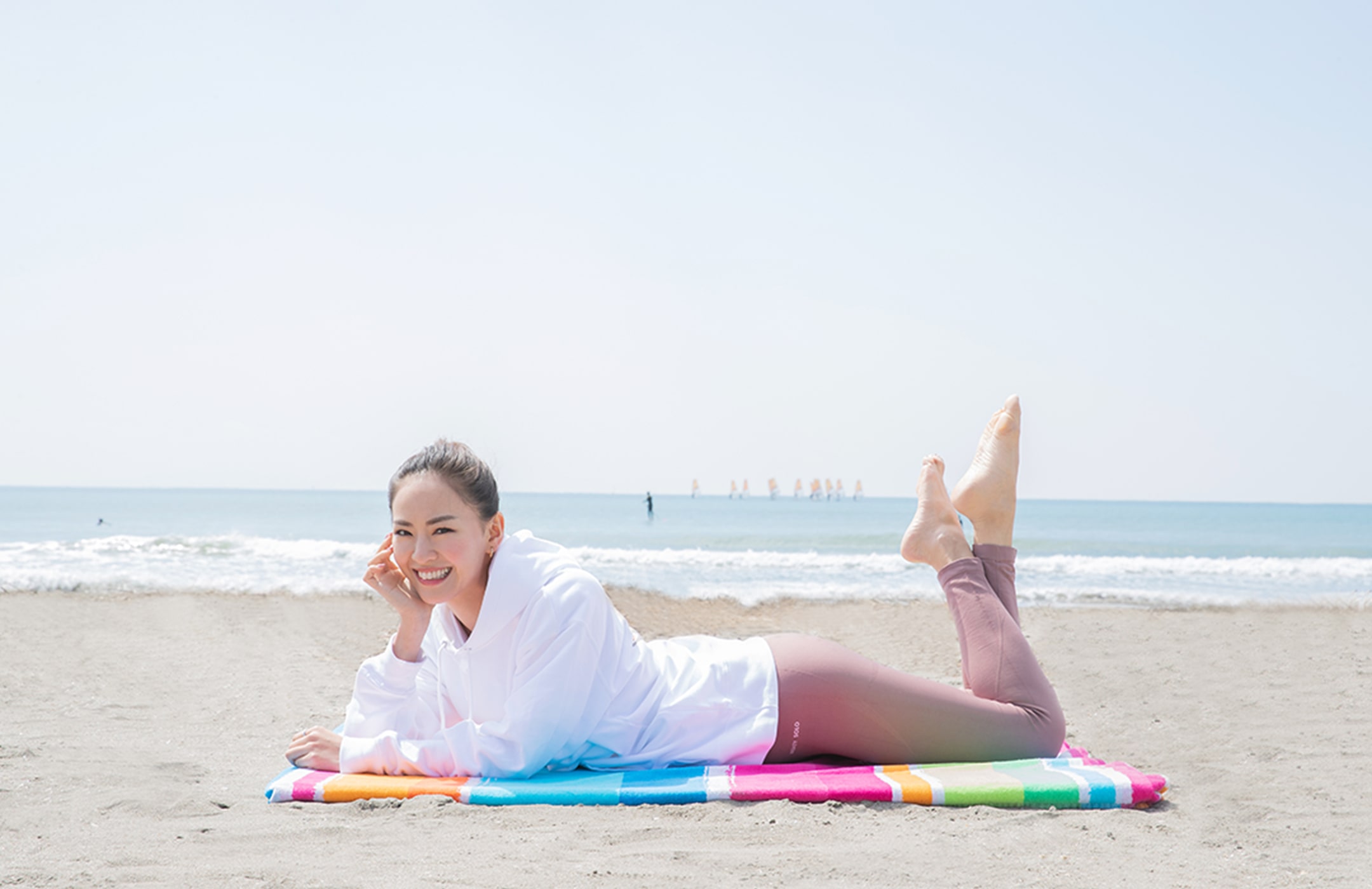 My entertainment career began after I got discovered in my hometown of Fukuoka. After that, I moved to Tokyo to make it in the industry. But it didn’t quite work out the way I wanted, and I ended up taking two years off. That was the first time I had traveled abroad alone, and it changed my direction and entire outlook on life.

My first trip outside Japan was to Las Vegas when I was 20 years old to watch a show that a friend of mine was performing in. I also thought that if something happened, my friends would be there to help me.
In Las Vegas, I saw the Cirque du Soleil classic O and some other shows, including a striptease show. Striptease is similar to strip clubs in Japan, but the vibe is entirely different. It’s almost formal, how everyone dresses up, and plenty of women are in the audience.
Until then, I didn’t know there were performances where you had to dress up to attend. I was impressed by the grandiosity and high production value and was amazed at how incredible the show was. Until then, I had only been exposed to Japanese culture, where a woman’s attractiveness was measured by how cute she is. In Las Vegas, I learned that there is an entirely different type of show that celebrates strong, independent women.
In Japan, only the skinniest models were considered beautiful. I was also repeatedly told to lose weight, but I realized that a healthy body is much more attractive than just a skinny one. It wasn’t as common for women to exercise at the time, but even then, I knew that I needed to work out more.

The Importance of Seeing Things for Yourself 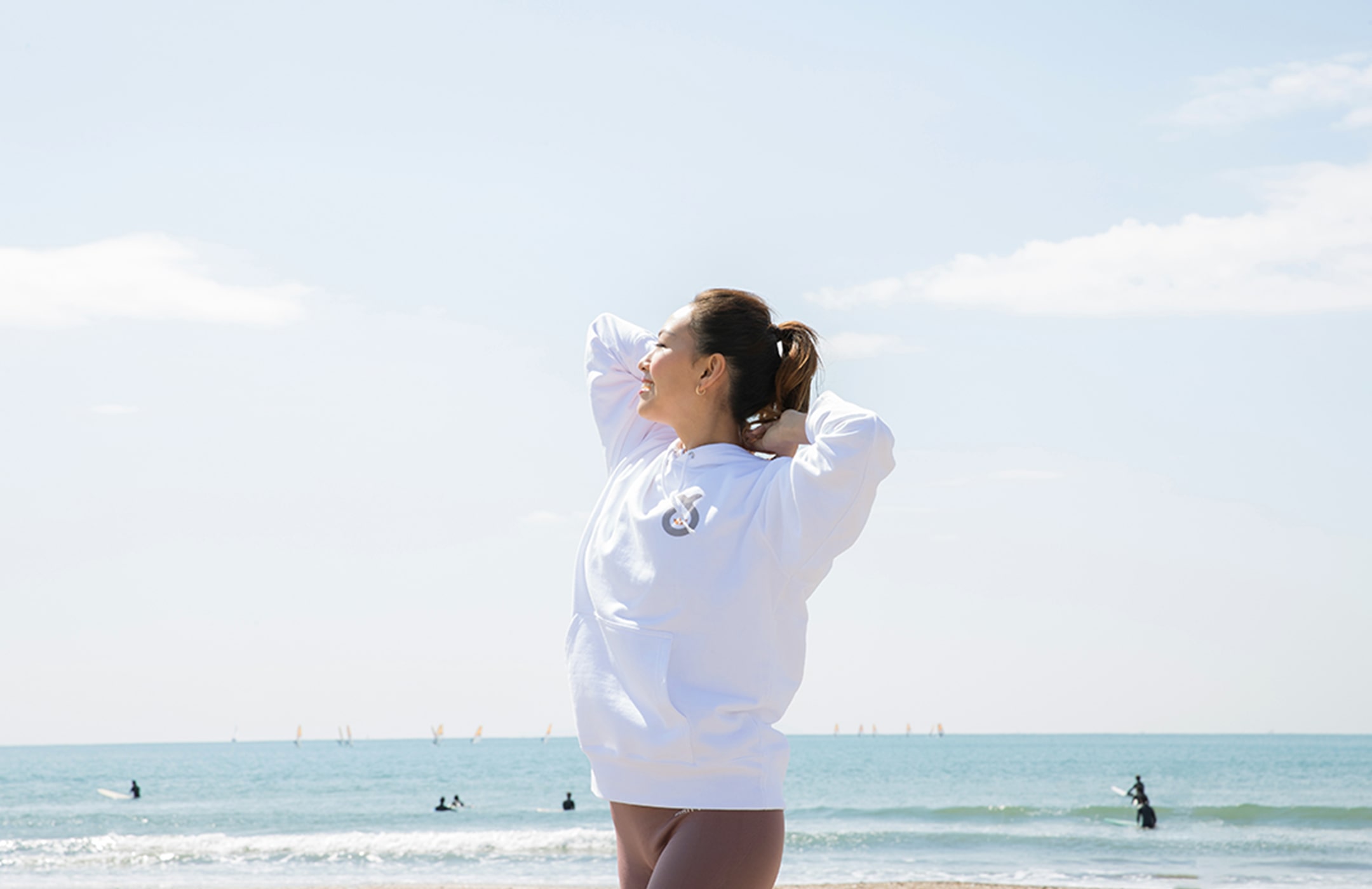 By leaving Fukuoka and coming to Tokyo, I was exposed to a whole new world. And then, by going from Tokyo to Las Vegas, I was again exposed to an entirely different world. Traveling alone made me realize the necessity of seeing different landscapes and the importance of seeing things with my own eyes.

I wanted to see more of the world, so I saved up some money for a solo trip to Europe. I started in Turkey and traveled through Germany, Italy, France, Spain, Portugal, and Morocco. In Italian restaurants, men might get a menu that includes prices, but women often get one that doesn’t. That’s because, in Italy, the man pays. It’s cultural differences like these that you just can’t understand until you’ve physically been to a place. Traveling abroad is also a great way to experience and learn about the differences between common sense in Japan and a foreign country.

I ended up going on several more trips to America and Europe, and I came to love more and more how inspired I was by experiencing different cultures. When I started thinking about which country was the most exciting and unique, Cuba came to mind.
I went there in 2015, when Cuba had just restored diplomatic relations with the US but hadn’t yet received any new imports from abroad. Time seemed to have stopped in the 1960s—there were classic cars, bright paint peeling off the walls, and dogs and chickens running around everywhere… It was everything I had imagined and more. There were plenty of unexpected things that happened, which were all exciting, and I enjoyed each experience I had there with everyone I met.

The most significant change in my life since I started traveling alone is that I am much more proactive about things. I am no longer as shy as I was before, and my horizons have become so much broader. Thanks to this, I don’t worry about trivial things anymore. I accept things as they come, and I think I have grown as a person.

A Clean Ocean Is My Source of Energy 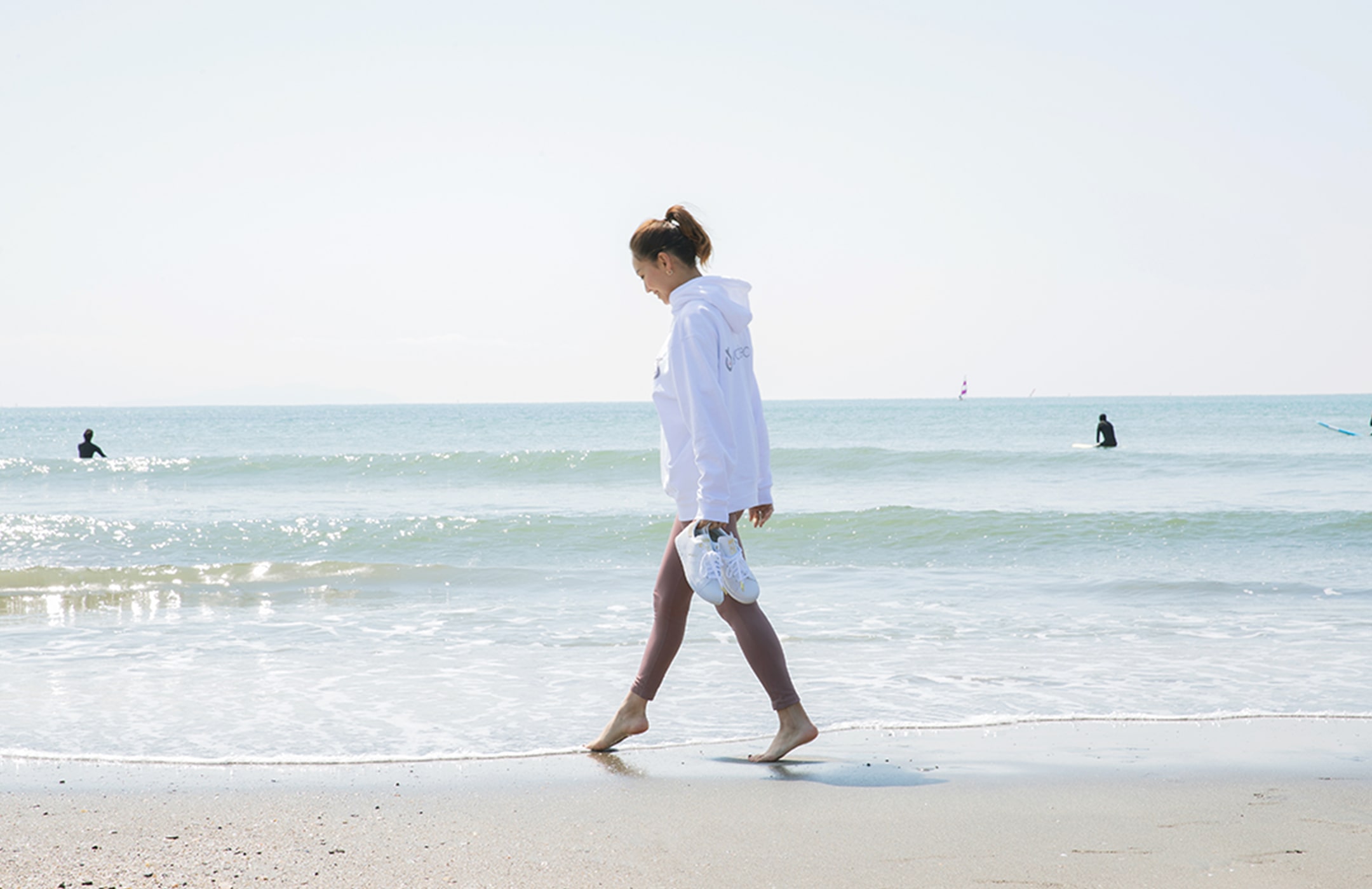 In 2018, I was appointed to promote travel as a tourism ambassador to the Philippines. Boracay is known to have the most beautiful beaches in the world and is a party island that never sleeps. However, due to the rapid increase in the number of tourists and other factors, environmental pollution became so bad that the island was closed to tourists for six months starting at the end of April 2018. After it closed, I went to the island and did a beach cleanup with local residents while I was on a shoot as a tourism ambassador.

I grew up near Fukuoka Dome with a beach that was just a five-minute walk away, so I used to go running on the beach every day. Maybe that’s why I need to be near the ocean to recenter myself. It’s just so relaxing to gaze out at the sea. It had been a long time since I had done a beach cleanup. It reminded me of my childhood when I was really serious about cleaning up ocean pollution.

Recently in Japan, efforts to address the SDGs have started to gain momentum, such as increasing awareness of the need to reduce plastic waste by charging for plastic shopping bags. As Japan starts to change, I believe that I need to change with it. I am still searching for that unique something that only I can do, but until then, I am doing what I can now. My participation in beach cleanup activities supported by Youtheory is one of the ways I’m trying to make a difference. 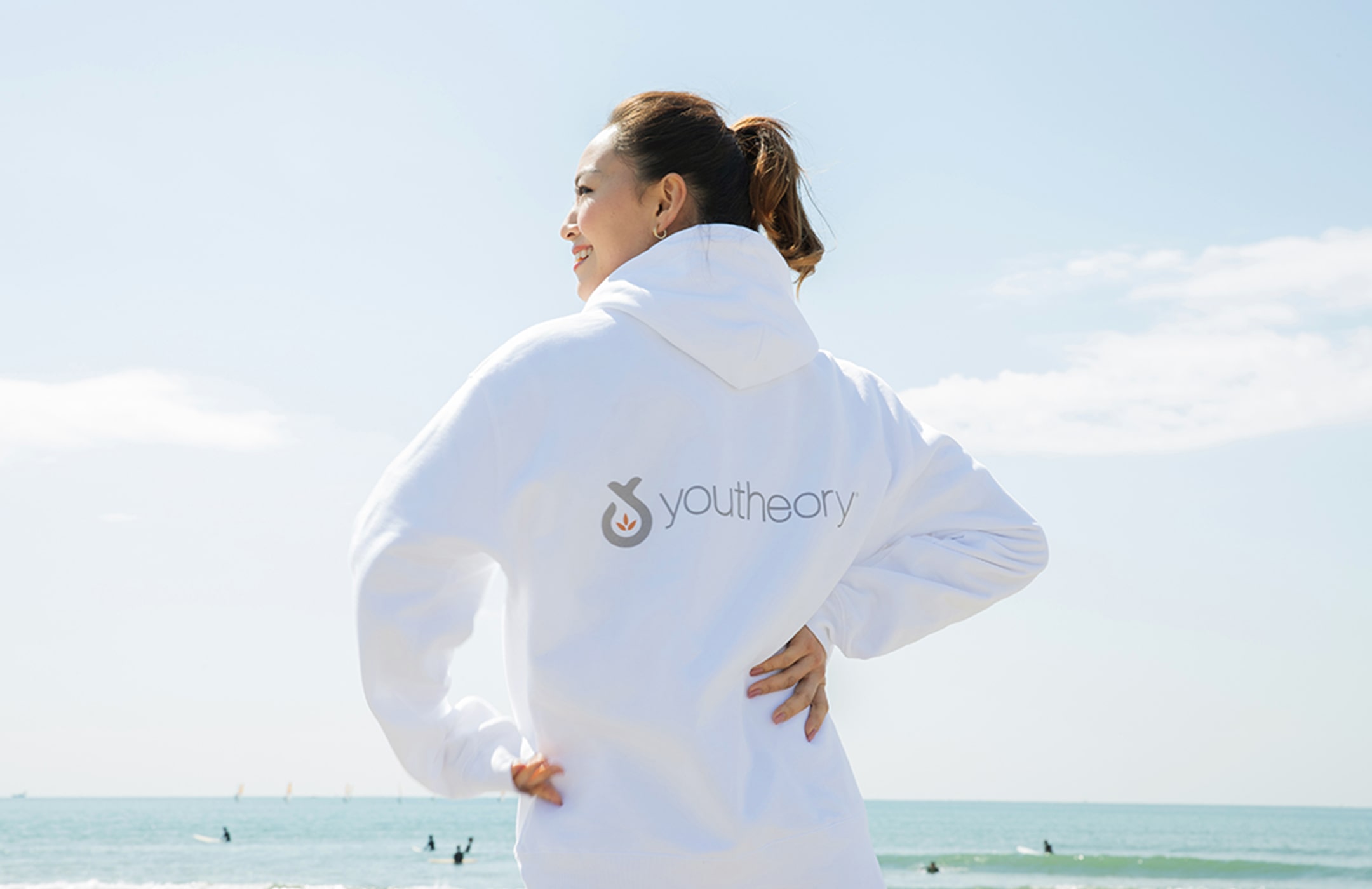 Youtheory’s slogan is “Catch the Wave of Tomorrow.” I guess you could say that I caught my wave when I won the runner-up prize at Miss Universe Japan in 2014. I joined the competition because I wanted to know more about the world outside Japan and work globally. Having only worked as a model, I had to figure out how to make my way in the world, and the Miss Universe competition seemed like one of the best options to do just that.

My next challenge is to take on the world. My first goal is to appear in a Hollywood film, which has always been a dream of mine. Ten years from now, I’d like to be in an American movie or TV show. Traveling will always be at the heart of whatever I do, so ideally, I want to spend half the year in LA and the other half in Japan. I also want to travel abroad for three months out of the year and
keep enjoying my life!

Born in Fukuoka, Japan, in 1989. Hiro began her entertainment career as a teenager in her hometown of Fukuoka, working as a model and personality on TV, in magazines, and for commercials. She won the Grand Prix at the Miss Universe Japan Contest Tokyo and was runner-up for Miss Universe Japan in 2014, appeared more on TV and in commercials and other advertisements. In 2018, she was appointed Philippine Tourism Fun Ambassador and played the heroine in the film KINTSUGI, which was released in Japan in 2021. Recently, she has been working on environmental issues related to the SDGs, both in Japan and overseas. She started traveling abroad as a hobby and has visited 35 countries so far. See her experiences on Instagram, where she is inspiring a generation of women with her natural lifestyle. 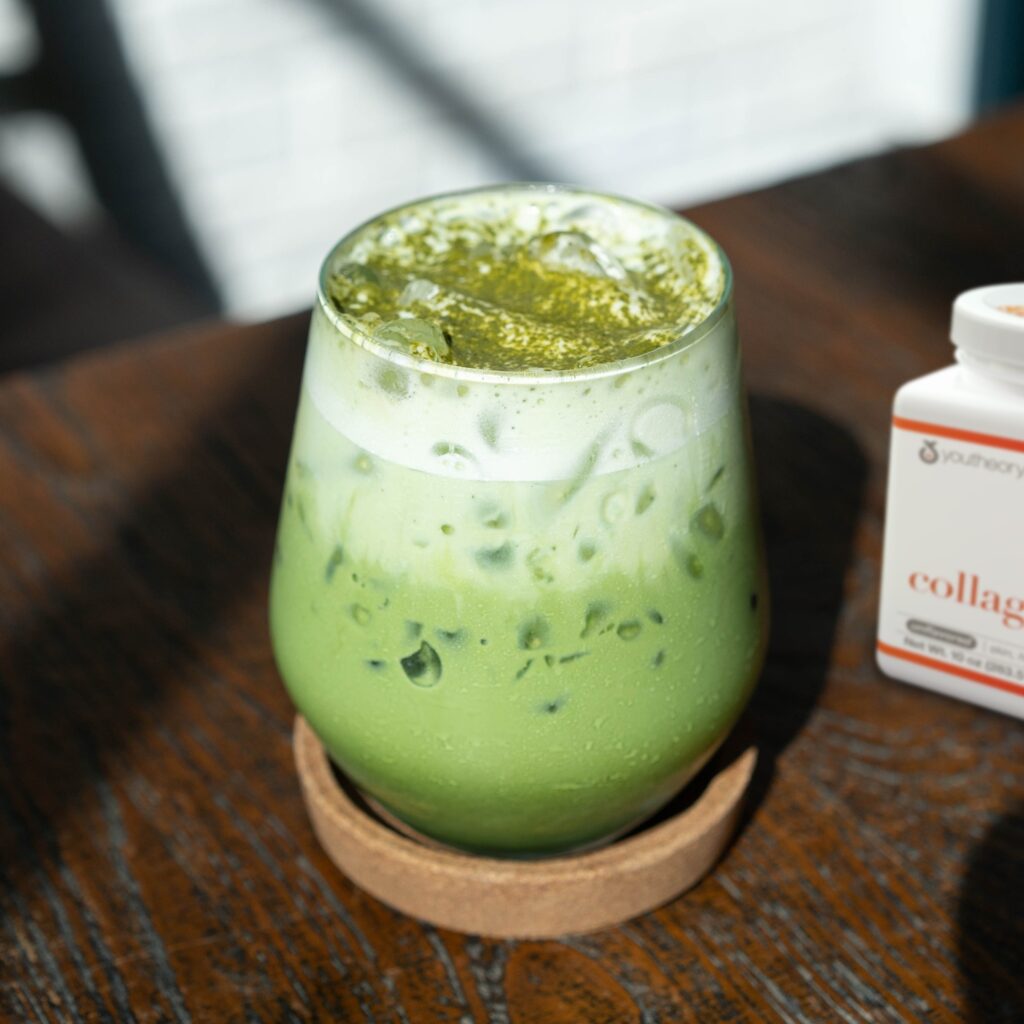 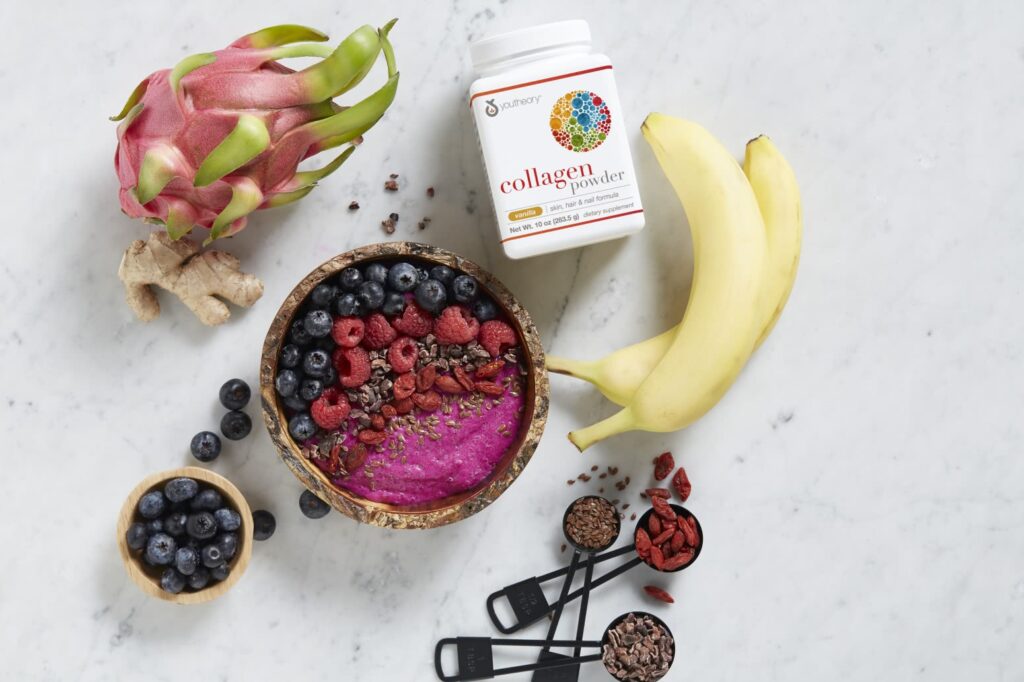